I have been posting a lot about marginalia for two reasons; first I love it and second, there is so much of it.  Marginalia is literally drawn or written in the margins of a book or text.  I do it to make notes or to express my discontent when I disagree with an author.  Sometimes it is very interesting to see what other people write in books.  I know that there is a book entirely about Ayn Rands marginalia.  There is a medieval scholar of whom we have none of his books but we do have his marginalia and from that, we can see that he was incredibly well read, I’ve forgotten his name but am sure I will be able to find it again.

I have an interest in the images in medieval books.  Above we can see an image of a joust.  A rabbit is carrying a dog whilst another rabbit rides a snail, on a spiky twig.  Now if someone tells you they know what this means I am sorry to say they are at best guessing.

And now I am going to join in with the guessing.   A few facts are clear.  First, these cost money.  The ink and the parchment were expensive, I assume.  As I write this I remember that I am not a medieval scholar and I assume that these were expensive commodities but maybe they weren’t.  Even if they were prohibitively expensive maybe the medievals thought that it was wicked to waste parchment that wasn’t written on and that is why they filled up the gaps!  A bit like a gothic cathedral covered in gargoyles.  I’ve been looking at St Michael’s in Coventry today and that is crawling with gargoyles.  Some are religious and others are … secular. 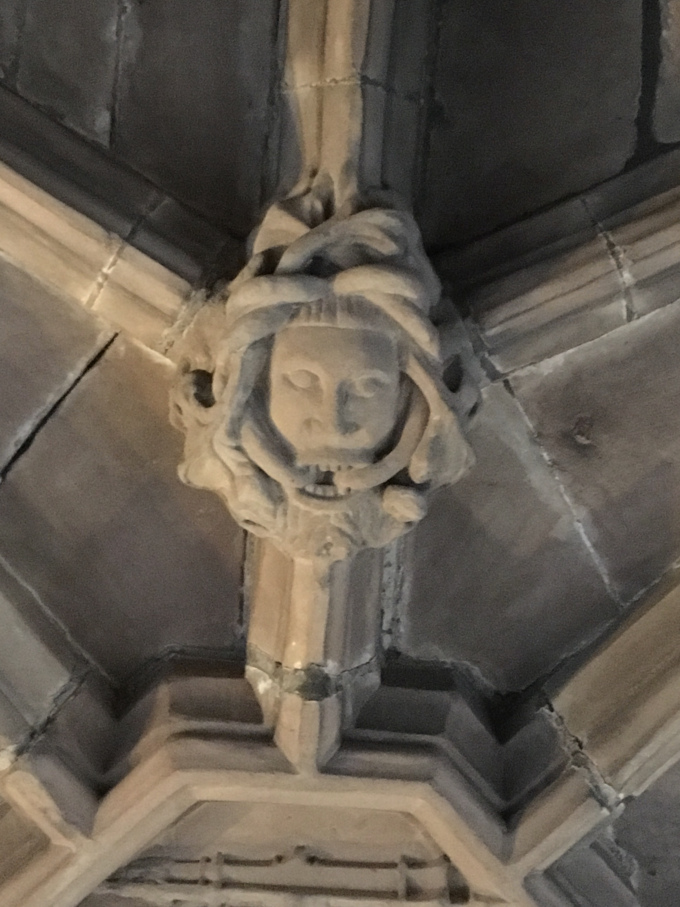 I think that there are two mistakes to make about the medievals.  The first is to assume that all their art had secret meanings and second that they were deadly serious all the time.  If we assume that the marginalia was intended to use up blank space then you need a lot of images without being repetitive.  I suggest that this is why we see creative images.  I suggest that when the medievals had to come up with images they used their imaginations and came up with the kinds of scenarios you would find in loony tunes.

I think this puts to bed the idea that the medievals were a dour lot who spent all their time in the mud dying of plague.  Clearly, medieval Europe was a very colourful place and that colour came out of their minds.

This site uses Akismet to reduce spam. Learn how your comment data is processed.